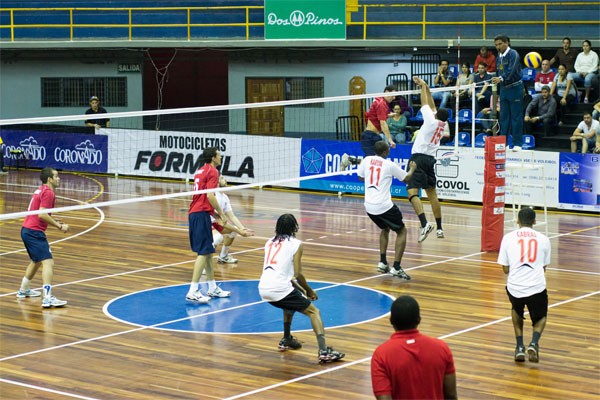 Smith, the captain of Costa Rica, stated: “It was a very emotional match. We knew we had to focus on doing the things well, to get the confidence. We know we are at home and have to do an extra effort since the goal is to be the leaders.”

Smith is taking over as captain since Jose Pablo Zumbado was lost due a pulled muscle. “He couldn’t be with us and it took me by surprise, but the captain’s role is not only mine, we all are.”

Belize’s Oscar Arnold said: “Costa Rica is a team with a lot of level. We battled and think we are going to be one of the three teams advancing to the next round.” Then he added: “We had problems with our attack, many mistakes, but we are going to solve it for the next match against Guatemala.”

Cesar Salas, coach of Costa Rica, stated: “The team looked very solid in all aspects. We established a good attacking system. We knew about the blocking of Belize and the type of quick game since the beginning hurt them.”

Belize’s Albert Humes commented: “When Costa Rica switched to faster attacks, because our blocking was working, we had problems. We played every point and battled during the whole match.”