Over the last few years, VK Agel Prostejov have no worthy rival in Czech Republic. 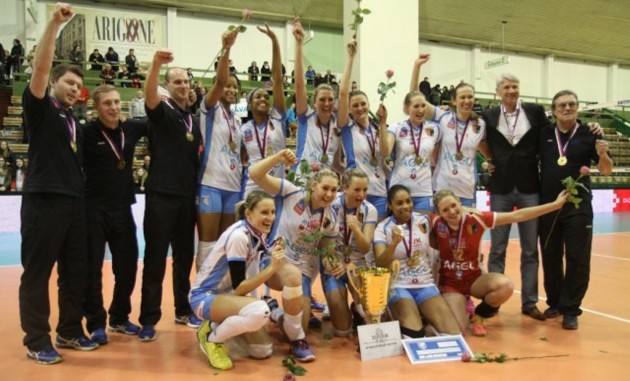 Even thought Ostrava gave a strong resistance, Agel managed to control the game and later to win the trophy.

“Ostrava played amazing in the first two sets. It was important for us to win these two sets. The key player was Melisa Wargas, but she was not the only player who deserves my compliments. Others had great contribution as well” says the head coach of Agel, Miroslav Čada.

“I’m happy with the efforts of my team. I want to say that this performance made me extremely pleased. We played very good in first two sets against the favorite, but they managed to beat us. Congrats to Prostejov” says Zdenek Pommer, head coach of Ostrava.