PER: Peru starts down the road to Rio 2016 with a new guide: Brazilian coach Jose Francisco Dos Santos

The Peruvian Volleyball Federation announced the selection of Brazilian coach Jose Francisco Dos Santos as one of the first steps in a four-year project called Rio 2016. The team is charting a new course starting in September with the U-23 Pan American Cup in Lima and which is meant to conclude with the Peruvian team’s return to the Olympics in Rio 2016 – after an absence of 16 years. 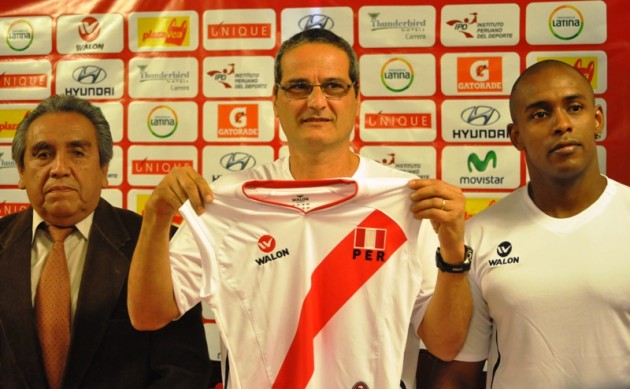 With successful junior and youth teams that have the potential to feed a world-class senior team, Peru has hired Brazilian coach Jose Francisco Dos Santos to help develop that talent.

“Over the past four years, we have worked hard with our youth and junior teams,” Juan Castro Romero, president of the Peruvian Volleyball Federation, said. “Developing new athletes, coming in among the top six in the 2009 and 2011 volleyball world championships, and also achieving the bronze medal at the Youth Olympics in Singapore in 2010 – Peru is in the top 10 teams in the youth and junior FIVB Rankings. It’s time to see that all this success is reflected in our senior team.“

On his arrival in Lima, Dos Santos said: “I am very happy to be back in Peru. Four years ago when I first came, the working conditions did not allow a scheduled strategy. Now, the reality is very different and we can build a project to develop Peruvian volleyball.“

“We need to involve everyone in this new project, people with determination and conviction that development is possible. Our ambition must be large to achieve great things.“

ITA M: Gradi and Fiore talk about the coming season

ECJ M: Serbia back on track with 3:1 win over Finland