Colombia blanked Costa Rica 25-17, 25-16, 25-9 in the match for seventh place of the U-23 Women’s Pan American Volleyball Cup on Saturday’s afternoon at Miguel Grau Coliseum of El Callao in Lima. 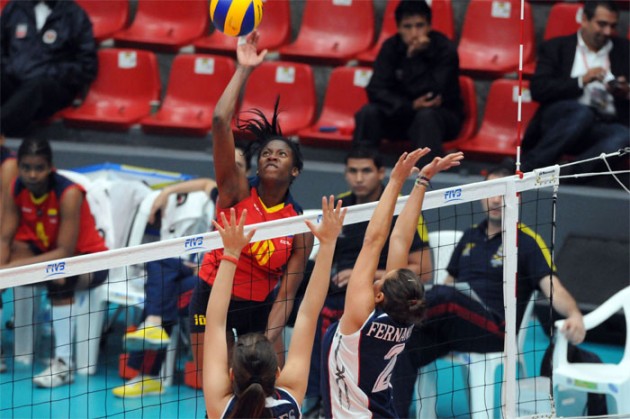 Diana Arrechea (14), Silvia Galeano (12) and Melissa Rangel (10) were the top offensive weapons for Colombia in the victory. Captain Maria Marin had a match high 5 aces while Galeano added four of her own in the win.

Evelyn Sibaja finished with eight points for the defeated side.

Colombia held an 8-4 advantage in blocks and also a 10-4 margin in blocks. The winners had 36 positive attacks to only 18 by the losers.

“I hope in my country see this participation as a good process for these players and the experience can help us looking towards the South American Championship in October”, Colombia’s Oscar Guevara said.

“At least we tried to get some experience from every set and every match even though we did not prepare with time ahead of the competition”, Costa Rica’s Andres Carvajal.