Estonia continued its campaign in Pool B of the 2013 European Championship by downing previous Pool leader Belgium. 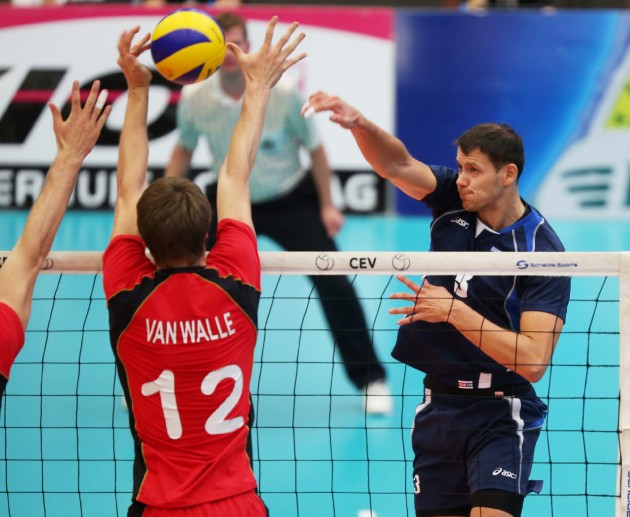 After winning all of their previous four matches Belgium could not prolong their winning streak against Estonia. Belgium claimed the opening set with the score of 25-17 via the attacks of their superstar Bram van Den Dries but that was all.

Estonia then found some good rhythm, assisted by great fighting spirit. The second set contributed many emotions and turnarounds; Belgium set the pace there (8:4) but Estonia finally found their way into the game with great composure leading 16:13 and finishing the set 25-22.

Nothing changed in the third set were both teams were very even but the home team managed to bring it home at 25-22.

The fourth set was even up to the score of 14:14; then Estonia made the difference with good serving. Substitute Martti Keel was able to put pressure from the serving line and the home heroes took a 22:17 lead. The final 25-20 meant a much needed win for Estonia to stay alive in the competition before playing the Netherlands on Sunday.

EC M: Netherlands move to the top by downing Israel