CL W: Akinradewo – “This win says a lot about us”

The U.S. middle blocker Foluke Akinradewo has commented on the win of her team over Dinamo Krasnodar at the start of the CEV Champions League. 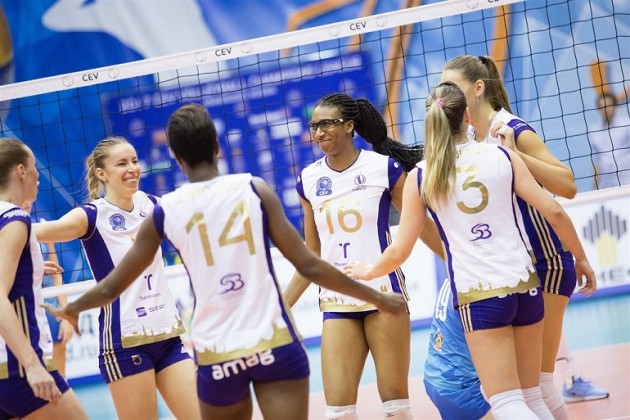 “It was a good match for us, especially in the first and second sets. We had a match point in the third set and they came back. This says a lot about us and the fact that we have to improve our game. Dinamo have a young team but their players have great potential,” says Foluke Akinradewo.

“I am satisfied with the victory, everything went according to plan. It’s always hard to play against Dinamo KRASNODAR. I watched many of their matches and there is a huge difference compared to what they did at the Eltsin Cup earlier this season. They obviously have improved a lot. It’s always complicated to play the first match in the group and am happy that we started with a victory”, says coach Zoran Terzic.

On the other side, head coach of Dinamo Krasnodar was not satisfied with the performance of his team.

“My congratulations to Volero. I am very disappointed with tonight’s match. The only good thing was our performance in the third set. We obviously can do better. I think we lost even before the match started. Volero have a lot of good players and this kind of influenced us”, explains Konstantin Ushakov.

Recall that Volero beat Russian side in four sets.

ITA M: This was way, way inside the 3rd meter box! What a spike by Earvin Ngapeth (VIDEO)