WCC W: One for the books occurred in Qatar

Brazilian Luizomar de Moura is the first coach to test the new video verification system during the match between his Sollys Nestle team and Bohai Bank. Read the latest news from volleyball world on worldofvolley.com. 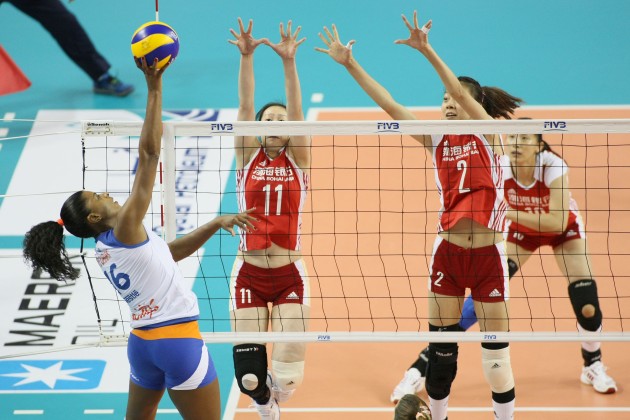 The modern system of video cameras is in use as a test at the FIVB Club World Championship taking place in Doha, Qatar.

“I knew the spike of Fernanda Rodrigues was out of bounds but I wanted to know take the chance and of course also make my way into history”, he laughed during the post game press conference. “I think it is going to be good for volleyball.”

The score was 2-0 and 24-19 when Rodrigues hit a cross court spike that would have closed the match. De Moura challenged the call and the referees verified the replay before confirming the decision.

The present regulations for the video verification establish that it can be called upon team’s captain request no later than 5 seconds after the rally has been finished.

So Jaqueline Carvalho, one of the most well known international player and current captain of Sollys Nestle, also has is name in the books other than her past feats on the playing courts.

Sollys Nestle won the match immediately after when Thaisa Menezes landed a spike for the now historical 3-0 triumph for the South American representative at the women’s event.