Lokomotiv NOVOSIBIRSK traveled to Budva for their first match in the prelims of the 2013 CEV Volleyball Champions League against Budvanska Rivijera. Read the latest news from volleyball world on worldofvolley.com. 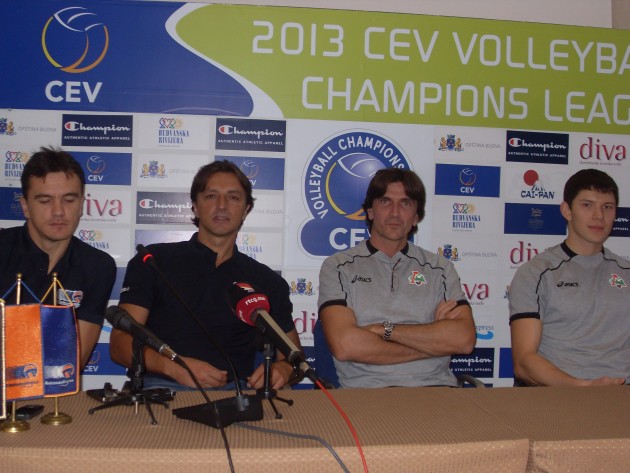 The Russian side actually did not travel to Montenegro with all the great players included in their roster, with Marcus Nilsson and Lukas Divis having remained in Novosibirsk. Tonight the guys from Siberia will find out if they did underestimate the potential of the hosts.

“We want to play well and delight our home fans. Even though Lokomotiv did not come with their best players, this does not count much” says head coach Sinisa Reljic. “We have been preparing very carefully for the start of this competition especially since we open by playing the strongest side assigned to our group. We won’t relax and we’ll see how the game develops without focusing on their roster or starting six too much”. Reljic is happy with the physical state of his players but a little disappointed as Brazilian Leonardo Caldeira is not yet licensed for the European Cups and hence won’t play tonight. “We have been all together for the past ten days. Nemanja Dukic was the last to join us and even our opposite from Estonia, Oliver Venno, really fits to the group”.

Veljko Petkovic is one of the most experienced players included in the roster of Budvanska Rivijera; he says the main problem remains the low quality of the domestic competitions where his side basically has no chance to have good matches to prepare for the European arena. “We have the same problem every year and this is already my third season with the club. However, I think that we can achieve something special with this group. We have the right quality even though we certainly are not the favorite side in the Pool”.

Claudio Rifelli, the assistant coach of Lokomotiv, adds: “This is heaven on earth here in Budva and we are happy to be here. We have 26 degrees here while when we started our journey from Siberia we had -6. Even though we did not come with our best players, we still respect BUDVA and will try to win the game. We have to divide our players because we have a long and very exhausting season with many competitions and travels around Russia. It was impossible to come here with the complete team, then return to Siberia and directly play there a match of the national league”.

Outside hitter Ilya Zhilin states: “Budvanska Rivijera is a good team, so I expect a tough match. It can’t be otherwise because this is the Champions League. I believe that our players that are normally not included in the starting six will enjoy this opportunity to show the coach what they are capable of”.