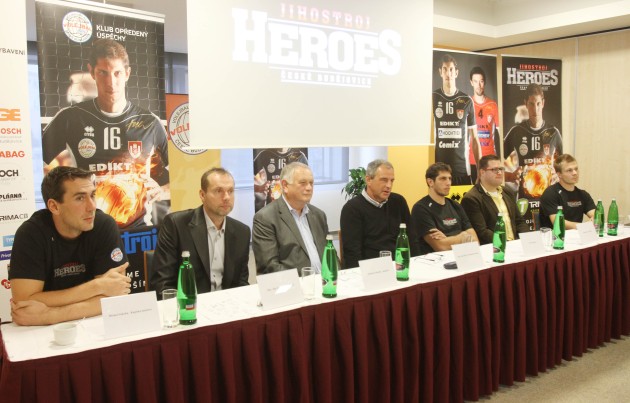 “BERLIN did play very well, especially in blocking” says Czech head coach Jan Svoboda. On Tuesday Jihostroj will play its first home match in Pool B by hosting Budvanska Rivijera BUDVA of Montenegro. “It is a tough opponent” adds Svoboda.

Last week in Berlin outside hitter Petr Michalek did not play after spraining his ankle. “He is getting better and better and the team is well prepared, so we want to win” says team captain Michal Sukuba. One of the latest additions to the roster, Peter Platenik, played for the first time in Berlin for Jihostroj and he immediately showed off his quality. “He will be doing the same also on Tuesday” promises coach Svoboda. “We expect a nice atmosphere in the sports hall” adds the mentor of the Czech national champions who started their campaign in their domestic league with two straight wins over teams from Benatky and Ostrava.