Libero Stacy Sykora has decided to end her career at the age of 35. The player, who was with the Italian team Urbino Volley, has played very little this season. Read the latest news from volleyball world on worldofvolley.com. 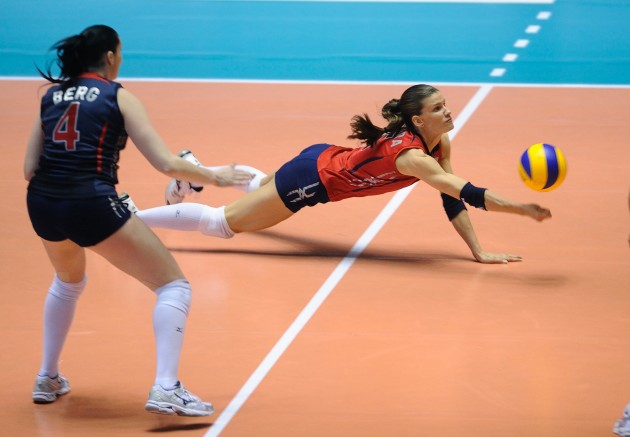 Sykora has starred in several leagues around the world for 12 years and participated in three Olympics with the US national team. “I do not know what I’ll do yet, but certainly will do my best,” said Sykora.

For two seasons, Sykora was libero with Vôlei Futuro, a Brazilian women’s volleyball team based in Araçatuba, Sao Paulo. In April 2011, during the final stage of the Women’s Superliga, Sykora suffed serious injuries after the bus carrying the team overturned just as they approached an arena outside of Sao Paolo.

Sykora’s vision was affected by the accident and although she went back to Araçatuba the next season, she was unable to perform to her former ability.

At the 2010 FIVB World Cup she was voted the best libero in the competition, even though the United States placed fourth in the tournament. That same year, the United States, with Sykora, won the gold medal at the FIVB World Grand Prix. “I want people to remember me for my individual awards such as the 2010 World Cup and to remember when I played at my best. Today, in my view, I cannot give my best,” she added.