Teams already play in PlusLiga will played VI round matches in the Polish Cup. The lower classes teams in the competition are RCS Czarni Radom and KS Cuprum Mundo Lubin. This and other volleyball news read on Worldofvolley.com. 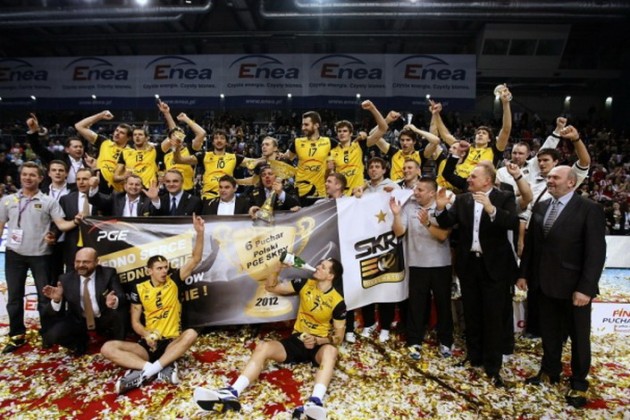 The first meeting of the first round will be held on Tuesday. RCS Czarni Radom take LOTOS Trefl Gdańsk. “If only we ignore rival before entering the room. Polish Cup Competition is very prestigious, and we want to get them as high as possible. In Radom certainly will not be easy. The team is doing very well in the league and will surely be dangerous” says Gdansk team coach Dariusz Luks.

Match Indykpol AZS Olsztyn – Delecta Bydgoszcz will be played in Nidzica. “For sure, you can expect a lot of emotions there. Both teams recently presented a good game. An interesting player becomes the Olsztyn attacker Krzysiek. Delecta shows that they must take their strongest play. I expect a good match” says the head of the training department of the Polish Volleyball Federation Wlodzimierz Sadalski.

The winners of the Polish Cup Round VI are waiting: ZAKSA Kędzierzyn-Koźle, Asseco Resovia, PGE Skra Belchatow and AZS Politechnika Warszawska. Mentioned four teams advanced to the quarter-finals of the Polish Cup thanks occupied places in the top four at the end of the first round of the basic phase PlusLiga.

The program matches VI round of Polish Cup

POL W: Impel has broken a series of failures