Jerzy Janowicz, Poland’s top tennis player, recently joined the exhibition match played by PGE Skra BELCHATOW in Czestochowa and even though his parents had played Volleyball professionally, he was not that familiar with the sport. This and other volleyball news read on Worldofvolley.com. 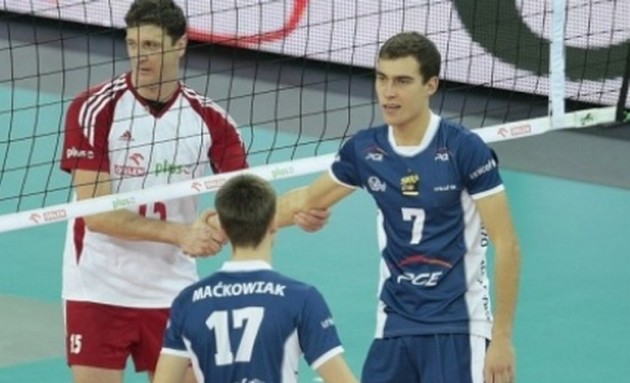 “I had previously played Volleyball maybe three times in my life” he says. “I hope that my parents did not feel offended by my performance but without a racket I do not feel that confident on the court. The most familiar and comfortable position for me may be on the bench” adds the tennis star born in Lodz with a bright smile.

After a splendid season, Janowicz has moved up to rank 26 in the ATP Tour. “I was very stressed before I joined the game as I did not know what to expect from myself and my opponents. I was also afraid of getting injured. However, I had not traveled to Czestochowa to play great Volleyball but rather to help raise funds for this charity action and I think I did my job there” he stresses. Janowicz joined forces with PGE Skra as funds were raised to support a UNICEF project for kids in Chad.

He definitely enjoyed the atmosphere contributed by the Volleyball fans. “The ambiance was simply amazing. The competition hall is just fabulous and the stands were filled up with fans”. In the end he donated the racket from the match where he had edged GB star Andy Murray for an auction whereby additional funds will be raised to support UNICEF. “I did it even though it was very tough since this is a special and valuable souvenir” he admits.