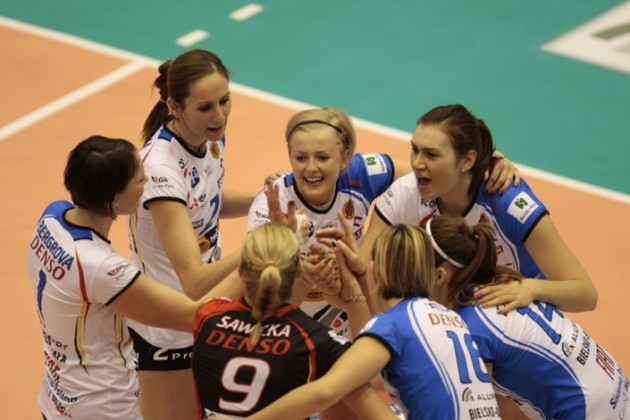 In the second set home team started better. After Milada Bergrova service ace it was (5-2) advantage for BIELSKO–BIALA. BKS Aluprof played a whole set at a high level and won with 14:25.

BIELSKO-BIALA start better in the fourth set especially Elisa Cella. In an exciting finish of the set home team win 23:25.

Both teams have played well in the fifth set especially in attack with high efficiency. Tauron MKS had the first two-point advance (6:4). It was also a decisive moment in the set when Tauron MKS jumped to 11:7. The final result was 15:9.

CEV CL F: After away win Eczacibasi needs another positive result to make it to Playoffs 6

GER W: SCHWERINER SC needs away win or lucky golden set to make it to next round