Poland’s Zaksa KEDZIERZYN-KOZLE is only one step away from making it to the final four of the 2013 CEV Volleyball Champions League that is scheduled for March 16-17 in Omsk, Russia. Read latest volleyball news on Worldofvolley.com. 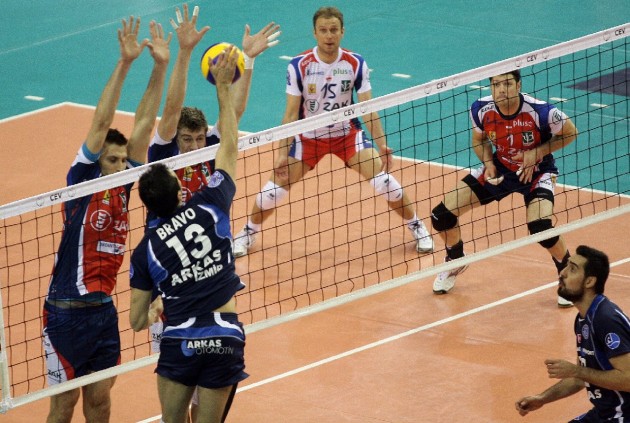 The guys mentored by Daniel Castellani still need to cruise past Turkey’s Arkas IZMIR in the Playoffs 6 to join host Lokomotiv NOVOSIBIRSK and two more teams for the last act of Europe’s finest club competition.

Last year Zaksa lost twice to Arkas IZMIR in the Playoffs 12 and hence the local heroes do want to turn the odds around already on Tuesday as they play host to Turkey’s sensation. “This time we’ll change the plot of the story” says assistant coach Sebastian Swiderski.

Zaksa recently claimed Poland’s national cup and the team is in full swing after edging AZS CZESTOCHOWA this past weekend to top the standings of the national league. “We know their strengths and weaknesses as we played them a couple of times some two months ago but this time much more will be at stake” stresses Swiderski. “We need to score a home win to get the right edge before the return match in Turkey”.

Michal Ruciak, Antonin Rouzier and Jurii Gladyr are still slightly injured but will be ready for the clash with Arkas. The turning point will be to find a way to stop the terrific attacks by Colombian Liberman Agamez who last year was the real match winner for the Turks. The chances look equal and on Tuesday Zaksa will count on 2’500 fans to get the right boost for that first clash.

“I believe that we can prolong our winning streak especially as the team will be supported by many fans whose sole wish is to see our club in the final four” says club President Sabina Nowosielska. “Our fans are the best pre-condition for our players to deliver a good performance” she stresses.