Impel Wroclaw defeated the leader of I League, Jedynka Aleksandrow Lodzki 3:1 to qualify for the Cup quarterfinals. Pyziolek, Ognjenovic and Konieczna were the top scorers from Impel, Kwiatowska, Kaliszuk and Babicz for Jedynka. 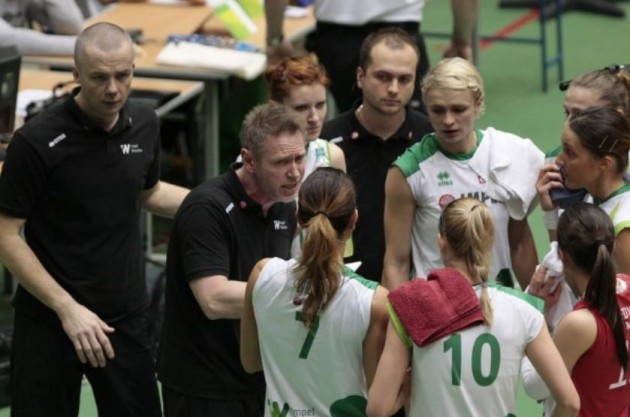 Impel had no problems with winning the first set, they were leading the whole time and closed it 25:11.

Guests opened a strong fourht set with a 2-7 lead. From that moment Impel began to recover and came to a draw 9:9. Then both teams fought hard. In the decisive phase Impel played better, which led to victory in the set 25:22, and the match 3:1.

Pyziolek 12, Ognjenovic 11 and Konieczna 11 were the top scorers from Impel, Kwiatkowska 13, Kaliszuk 11 and Babicz 7 for Jedynka.

With this win Impel advanced to the next round of the Polish Cup. In the quarter finals they will meet Aluprof BKS Bielsko-Biala. The first clash of the two teams will take place on February 27 at 18:00 pm in Wroclaw, a rematch in Bielsko-Biala will be held on March 6. Polish Cup final will be played in Pile 9-10 March 2013.