Wegiel captain Zbigniew Bartman has to take a break. 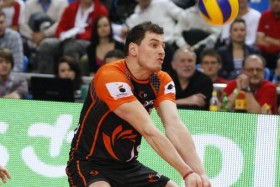 He was for a long time struggling with the pain in his leg.

Bartman despite the pain decided to play the final tournament of the Polish Cup.

In the semi-final match, with Zaksa Kędzierzyn-Koźle played from the first whistle, but was often changed by Luciano Bozko.

The second day, in the finals, have only symbolically played half od the first set and than left the court.

POL: The emotions of the President

MONSTER DISPLAY: This is how Salvador Hidalgo...