Asseco Resovia RZESZOW and Knack ROESELARE will be crossing their ways on Tuesday evening for the Playoffs 12 of the 2014 CEV DenizBank Volleyball Champions League – Men at the Podpromie sports hall. The return game is scheduled for January 22 at the Schiervelde sports hall in Belgium. 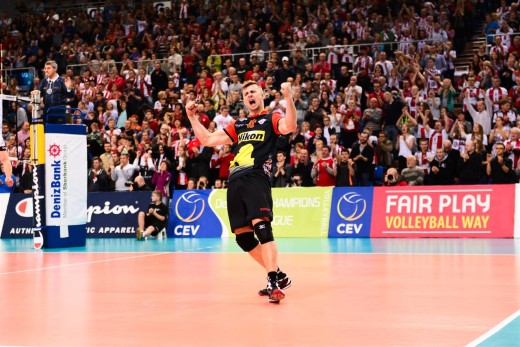 These teams are the leading forces in their respective national leagues, with Knack having swept all of their matches so far and Resovia topping the charts of the PlusLiga.

Knack also finished the prelims with an immaculate record of six victories in as many matches in Pool G while Asseco Resovia topped the charts in Pool C with 13 points after claiming their last home game with French side PARIS Volley.

Though the local fans have very high expectations for the upcoming game with Knack, head coach Andrzej Kowal opts for a down-to-earth approach to this game: “Knack is a very difficult opponent. Maybe it is not as well-known as some other teams like for instance Belogorie BELGOROD but they play fast Volleyball and their game is based on an aggressive float serve. They also have a good setter and excellent spikers. I think that another Polish team, Zaksa KEDZIERZYN-KOZLE that lost twice to ROESELARE in the prelims may tell us a lot about the quality of Knack. Anyway, at this stage of the competition, any opponent is tough.”

“This road can lead us to the Final Four” adds middle-blocker Grzegorz Kosok. “This is our goal but we must be much focused, especially as we play an opponent like Knack ROESELARE. In the Playoffs there are no weak teams, so we must perform our best in order to bring it home.”

CL M: Fans from all over Europe...