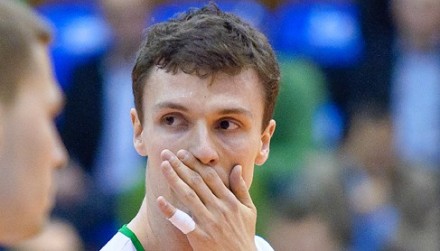 Jakub Oczko decided to change the club colors. In the new season will represent the team MKS Cuprum Mendo Lubin, who takes part in competitions and leagues.

His sports career began at BBTS Włókniarz Bielsko-Biala. Then he went to the AZS Czestochowa, where he spent seven years. Then he played in ZAKSA Kędzierzyn-Koźle.

After that in Delekcie Bydgoszcz and AZS Olsztyn. After two years in the team of Warmia and Mazury, Oczko decided to go back to Czestochowa. Last season with them he won the Challenge Cup.