Wilfredo Leon! Zenit Kazan fans in Tauron Arena were chanting his name over and over again… 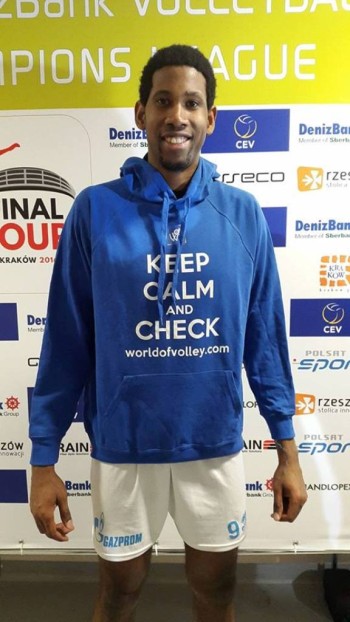 Zenit Kazan are the champions of Europe for the 2015/16 season, while Wilfredo Leon is the MVP of the final tournament! Cuban star have made another stunning performance and helped his team make a major comeback in the 2016 CEV Men’s Champions League Finals against Trentino.

At the end, with a big smile on his face and with a WorldofVolley sweatshirt over his jersey, Leon gave an interview for our website.

Leon, congratulations on winning the 2016 CEV Men’s Champions League and the MVP award. What are your first impressions after the finals?

“I am very happy for this, because this is my second season in professional volleyball and the second Champions League trophy!”

Zenit Kazan were down by 0-2 against Diatec Trentino, but then you made a major comeback… What happened after the second set?

“This is volleyball. Sometimes these things happen. We only tried not to lose concentration and to build up our game. At the end, we won the match by 3-2!”

What is the secret of Zenit’s success?

“I can only say that we are really working hard in Kazan and everybody can see the result. I want to thank everyone in the club, from my teammates to our president. This is really amazing and I am so, so happy right now.”

Polish championships will be finished in spite...