POL M: Krzysztof Wierzbowski – Our serve will be very important

Krzysztof Wierzbowski speaks of AZS Politechnika Warszawska, Plus League, their game against LOTOS Trefl Gdansk. He also reflects on the win against Indykpol AZS Olsztyn and the MVP Fabian Drzyzga. 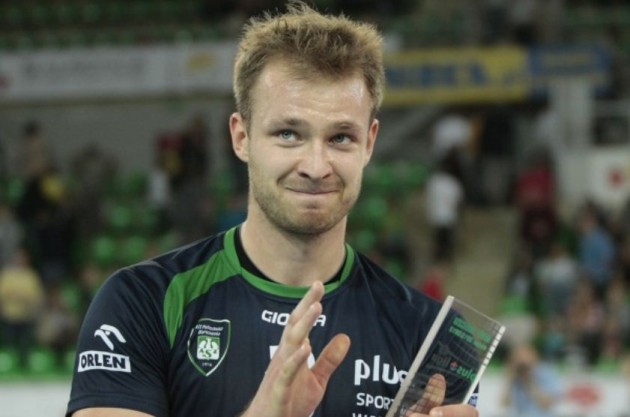 – Looking at the line-ups you were favorites in Olsztyn and you won.

– They didn’t have the best receiving, and we took advantege of that. I wish the team from Olsztyn to win in their next matches, and to the coach Radosław Panas all the best!

– Once again you had a good game.

– We knew that if we played our game it should not be any problems. Moreover, we started the match very well. This was probably our best game when it comes to reception. Fabian (Fabian Drzyzga – ed) was the MVP, I think deservedly so. He distributed the ball as we needed, and we had no major problems in attack and counter-attack. We repeatedly used the counter-attack in this match. Congratulations to Fabian, since the beginning of the season he is playing very well, evenly, and we play great with him.

– Your good form means that more and more fans will come to matches in Warsaw. Do you fear that it will be difficult to maintain such good shape?

– Keep in mind that this is only the beginning of the season. The most important matches are in front of us and the best teams. There are a lot tough matches. This is what characterizes the beginning of the league. There will be probably a few surprises. We will try to continue like this.

– In the next round you play with LOTOS Tref Gdańsk. Do you have an idea how to beat Dariusz Luks’ team?

– Definitely it will be important to serve. In addition, we need to stop the ball in the first attack. If we manage to play like in the game against Indykpol AZS Olsztyn, the fans will see a very good game. I encourage the fans to come to the hall. I am confident that we will create a cool show, and of course, the victory should be on our side!

Meeting in Rio formalises the change of presidency at the CSV: Rafael Lloreda Currea takes office