Russia sealed a 3-0 win over Iran as they finished off their opening 2013 World League match in perfect style in front of their home fans on Friday. Dmitriy Muserskiy and Nikolay Pavlov had a good game. 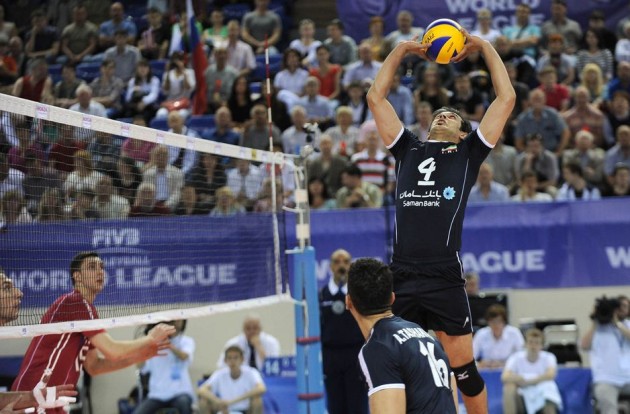 The first set started with a fierce battle between the two teams. World League debutants Iran went ahead 6-7, but good spiking by Dmitriy Muserskiy and Nikolay Pavlov allowed to gain one point margin by the first technical time-out. Soon the visitors regrouped and led 14-16. Olympic champions Russia were determined not to give up, fought back to draw level 21-21 and eventually closed the set 25-21.

The second set was an equal affair as Iran looked willing to gain a footing in this set with the score 7-8 by the first technical time-out. It was Evgeny Sivozhelez, who tied the score 12-12 and forced Julio Velasco take his first time-out. A double substitution in the Iranian team didn’t help to find the rhythm and the set was won by the Russians.

Russia started the third set with effective spiking and a time-out by Iran at 13-8 was useless as Russia continued to put pressure on the guests.

The two sides will meet again on Saturday at the same venue.