After the troubled last season full of disappointments, Simona Rinieri, who will be 36 years old in 8 days, goes to Russia, to Leningradka Saint Petersburg. 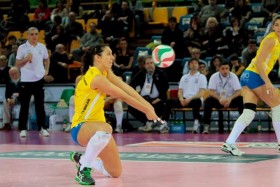 For the former captain of Italian national team this is not going to be the first experience abroad because in the past she had played in France (Cannes) and Poland (Sopot).

Rinieri has spent last season in Modena and Rovigo and decided to reinforce the team who was relegated from Russian B League and will try to return to the same division in the next season.

Currently, Leningradka is preparing in Italy, in Liguria where they will be next three weeks. The team from Saint Petersburg brought four new players and also the new coach.