Despite seeing their archrivals Brazil bring their run of titles to an end at the FIVB Volleyball Men’s World Grand Champions Cup, none of the Russian volleyball giants could really feel too disappointed. 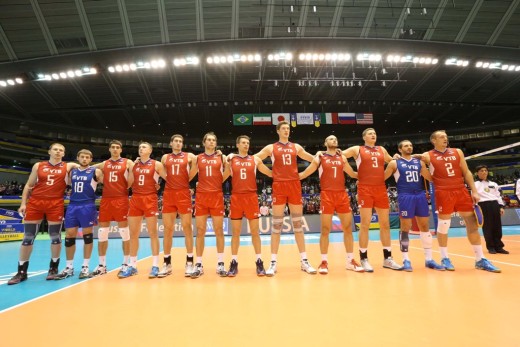 After winning last year’s Olympics in London, then adding victory in the World League and the European Championship title in 2013, the top favourites had to ‘settle’ for second place against their biggest rivals in the sport this time around.

“We played against some very good teams here and are now No. 2 in the world behind Brazil,” commented Russia’s captain Sergey Makarov.