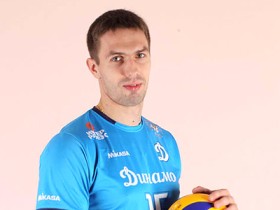 Pavel Kruglov, is a player of Dinamo from 2006 with a one-year break. During those seasons, he won almost every possible club trophie, became the champion of Russia, double-Cup and Super Cup Russia, CEV Cup, winner of the Champions League.

For the second season, Pavel Kruglov playing for the national team of Russia, which last fall after a long break was able to win the World Cup in Japan. Currently, Pavel is a candidate for the Olympic team of Russia.

As a result of past club season, he became the most productive in the Dinamo, gaining 179 points and 47% showing in the attack.