Lokomotiv Novosibirsk has confirmed that David Lee is a free player and can look for another club. 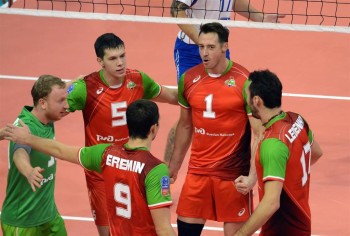 The American middle blocker arrived last summer in Novosibirsk, however he was mostly used as a substitution during the previous season. Therefore, it was expected that two sides will not extend cooperation.

“David  Lee is leaving us and we have a free spot for a foreign player. We are considering several options to strengthen the roster, but it is possible that we will play with only one foreigner in the next season” said Roman Stanislavov, General Director of Lokomotiv, for R-Sport.

Oreol Camejo is the only foreign player of Novosibirsk giant at the moment, while the latest rumors suggest that Denis Kaliberda might join him in this transfer period.

“Kaliberda is a good player, but at the moment he is only one of many players on our shortlist. I would not say that we are specifically working on that transfer, because we are also reviewing some Russian players…” added Stanislavov.