The fact that Sergey Tetyukhin was in London for the Olympic Games in 2012 and won a gold medal at the fifth attempt was quite an achievement in itself. 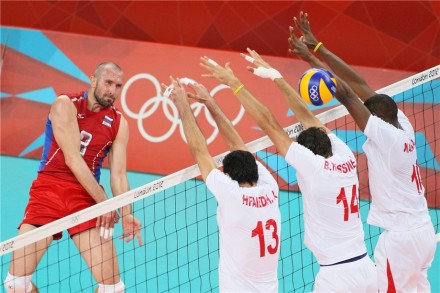 Russian coach Vladimir Alekno has included Tetyukhin in his preliminary squad for the FIVB Volleyball Men’s World Cup in Japan from September 8-23, at which the first two tickets for next year’s Olympic Games are up for grabs.

Tetyukhin had actually retired from the Russian national team after winning gold in London three years ago. However, he is now attempting to help a team that endured its worst result ever in the FIVB Volleyball World League in 2015.

“After the Olympic Games in London, I was one hundred per cent certain that I would not be back again. But it turned out differently. I’m glad that I’m here. I can help and train with the young guys,” he said in an interview for FIVB.

“At the moment we are only talking about the World Cup, because we have to complete a mission. But I know that our famous volleyball player Zhenya Artamonova was at her sixth consecutive Olympic Games in London. I could do the same in Rio. Any athlete, no matter whether at the start or end of his career, dreams about the Olympic Games. Should it all work out for me, I would be grateful. Especially because the tournament will be held in Brazil, whose team stands out a bit as one of our main rivals.”