GREATEST OLYMPIC FINALS: The birth of Ivan the Terrible (VIDEO)

It was one of the most remarkable moments in the history of Yugoslavian sport, while it was also the day when the volleyball world met one of the greatest opposite that has ever walked on this planet. 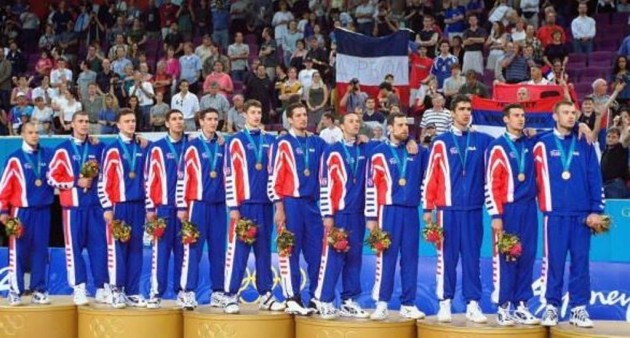 But, Yugoslavia did not want to give up on their quest to be the best.

The time has come for another Olympic challenge. Sidney 2000 tournament was full of world-class teams, but the boys coached by Zoran Gajić were marching toward the finals. On that way they eliminated the reigning Olympic champions Netherlands by 3-2 in the quarterfinals, then they defeated mighty Italy by 3-0 in the semis.

Yugoslavia qualified for their first ever Olympic finals and the opponent was Russia.

That historic finals was marked by several things. First of all, we could all see one of the most epic volleyball saves in history, when Vladimir Grbić jumped over the commercial banner, made a successfull dig and then returned to court to finish the rally with a powerful block.

It was also the day when the volleyball world met “Ivan the Terrible”. Ivan Miljković was just 21 years old back then, but he played a brilliant game and made sure that everyone remembers his name. After all, it was Milković who finished the final match and brought the winning point to Yugoslavia.

Bulgarian VF – “Kaziyski in national team? It depends only on him…”