Just two rounds left to play in the group stages. Who will qualify for the next round? Watch all matches on LAOLA1.tv, the Home of Volleyball on the Internet to find out. For more latest volleyball news visit worldofvolley.com 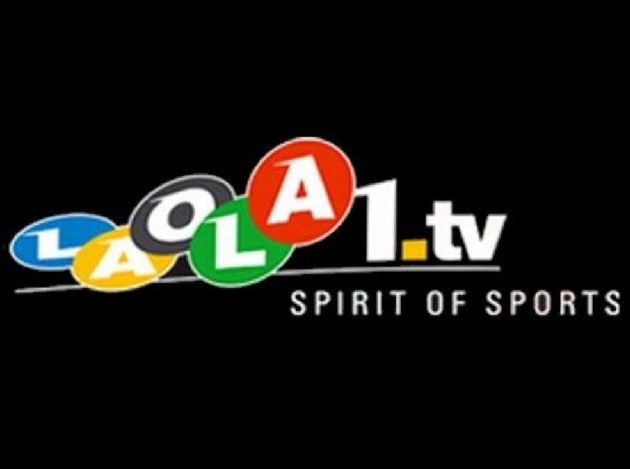 The 5th leg of the CEV Champions League takes place this week as a number of teams still battle for a place in the knock-out stages. Watch all of the action LIVE and ON DEMAND on www.laola1.tv, the Internet Sports TV and Home of Volleyball on the net.

Pool E hosts this week’s Match of the Week in the men’s competition as Dinamo MOSCOW takes on Fenerbahce Grundig ISTANBUL. The Russians are currently 2nd In the Pool behind BELCHATOW on 6 points. The team from Turkey has not had a great season so far and sit bottom of the table. An easy win for MOSCOW? Find out at 15:00 CET LIVE on www.laola1.tv!

Moscow is also the location for the women’s Match of the Week as Dinamo MOSCOW takes on Lokomotiv BAKU. It is still very tight in Pool F with only two points separating these two teams at the top. BAKU ran out clear 3-0 winners the last time these two met in leg 2 and win would guarantee them 1st place in the group. Tune in at 16:00 CET on Thursday to catch the match in full! 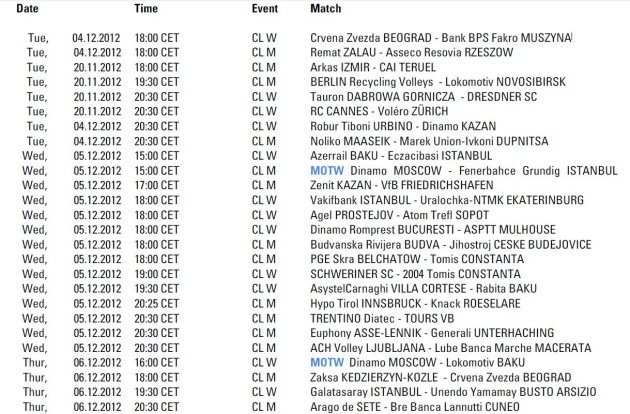