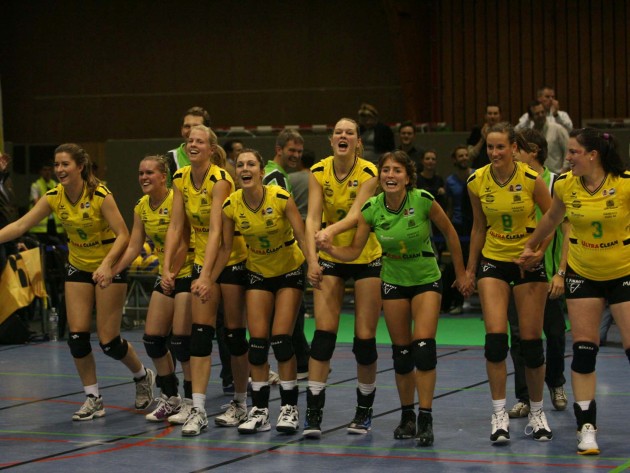 That match turned into a real drama especially with the first set ending after Hermes OOSTENDE exploited its seventh opportunity to seal it in its favor. After setting the tempo right before the so-called money time, Hermes failed to take home the second set especially as Anita Pethö and Maria Lamprinidou played extremely well for the Greek side.

Lies van Wyngene, Anja van Damme and Karolien Verstrepen contributed the deciding break in set 3 as they moved the score from 14 all to 18:14 for Hermes and eventually resisted to a Greek comeback for the final 25-19.

Hermes stormed back in set 4 from 10:15 to lead 23:22 but once again Lamprinidou and Pethö helped Revoil stay tuned and stretched the match to the tie-break. Hermes moved up there 9:3 before Evangelia Tsima restored the Greek hopes making it 14:13 but van Damme scored the last point for a happy end to the delight of some 1’000 Belgian fans.