Ankara, Turkey, May 3, 2012. Bulgaria kept its aspirations to make it to the semifinals of the 2012 Olympic Games - European Qualification for women alive. The Balkan Lionesses did not leave any chances to their second opponent Croatia to win at least one set during its campaign in Ankara and won in straight sets (25-21, 25-21, 25-20). 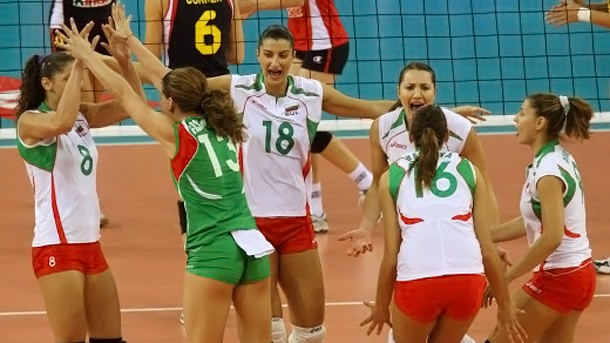 Croatia was able stay competitive in the first set only in the first half, but after 12-12 Bulgaria started to gain advantage.  With much more powerful attacks the team of Marcello Abbondanza was able to increase the gap to 4 points to finish the set at 25-21 with a blasting hit from Dobriana Rabadzhieva.

After being up 11-8 in the second set, Bulgaria lost grip on things as Croatia managed to score 5 consecutive points with Antonija Kaleb behind the serving line. The team of Damir Jurko increased its lead to 4 points and managed to keep it through 18-14 when their opponents responded with a series of 7 points in row as Rabadzhieva made it difficult for Croatia with her serving that resulted in 3 aces for her in this set. The Bulgarian block also contributed for a successful set as Diana Nenova and Strashimira Filipova built a wall in front of Croatia’s last attack.

Bulgaria’s domination continued into the third set. Strashimira Filipova and her teammates increased the pressure on Croatia’s attempts to spike by improving even further the performance of their block. Bulgaria took an early lead and never let it go until a 25-20 on the scoreboard put an end to the game. Bulgarian captain Strashimira Filipova ended up as the top scorer of the match with 16 points.

“Today we played as a team and did a great job,” she stated after the final whistle.  “We have shown that we can play a good game.”

Her Croatian counterpart Biljana Gligorovic, who did not take part in the match, was disappointed with the result: “We were hoping to win at least our last match in the tournament, but we did not succeed. We were good at the first set, but in the last one, we completely gave up.”

“We played well as a team,” Croatia’s head coach Damir Jurko said while congratulating the opponent on the victory.

“We have young players and I wanted to give them a chance to gain some experience. They did their best.”  Marcello Abbondanza, the mentor of the winning team, is already looking forward to the next match:  “This victory has motivated us a lot for the game with Germany tomorrow, which is a very important match for us since we still have a chance to qualify for the semifinals.

CEV: Russia back on track for Olympic ticket after a 3-1 win over Serbia