Tórshavn, Faroe Islands, January 10, 2012. The capital city of the Faroe Islands, Tórshavn, will be playing host through this January 12-14 to a qualification round for the 2012 CEV Junior Volleyball European Championship – Small Countries Division. 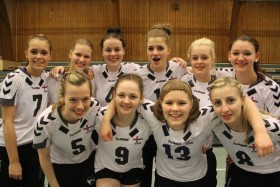 A total of four teams were assigned to the group – apart from the Faroe Islands, the starting field includes Luxembourg, Liechtenstein and Ireland – with the first two ranked qualifying for the final round scheduled for mid April in Cyprus.

The home girls of the Faroe Islands are joining the Championship for the first time in history.

On the other hand, this is the second international Volleyball tournament hosted by the tiny archipelago in the past two months after the Faroe Islands were the venue of the NEVZA U19 Championship held this past November and where the home heroines took an incredible silver medal losing only the final match to the team of Denmark.

Italy: As calm as Boban!