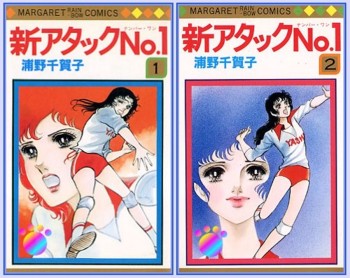 Ryou Azuki (W Pinch, Seishun Shiteru Kai!) will pen the manga, and it will launch in the magazine’s 19th issue on September 9.

The “hot-blooded short comedy” will focus on Kozue Ayuhara, a girl who made it to Japan’s women’s volleyball team. Her team includes Saori Kimura, Yukiko Ebata, and Coach Masayoshi Manabe. Together, they aim to win at the Grand Champion’s Cup, one of the top competitions in the sport.

To read more similar articles click on Did You Know? section.

Do you envy her? (VIDEO)

10 Volleyball Shoes Put to the Test!