Peter "Pete" Sampras is a retired American tennis player and former world no. 1. During his 14-year tour career, he won 14 Grand Slam singles titles and became recognized as one of the greatest tennis players of all time. WorldofVolley brings you the latest volleyball news. 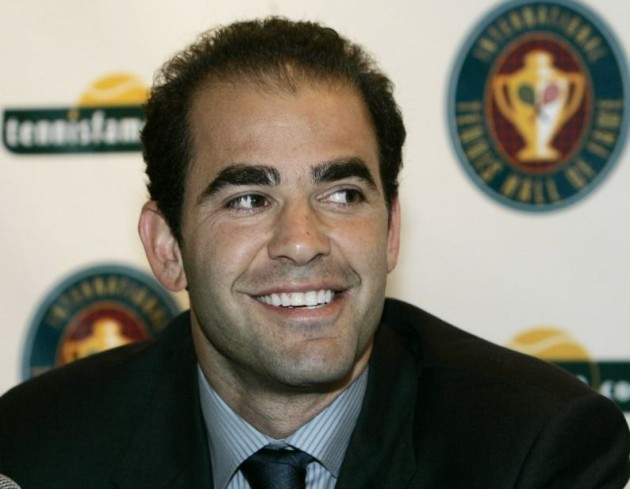 Sampras debuted on the professional tour in 1988 and played his last top-level tournament in 2002 when he won the US Open, defeating rival Andre Agassi in the final. He was the year-end world no. 1 for six consecutive years (1993–1998), a record for the Open Era. His seven Wimbledon singles championships is an Open Era record shared with Roger Federer, while Sampras’ five US Open singles titles is an Open Era record shared with both Federer and former world no. 1 player Jimmy Connors. Sampras is the last American male to win Wimbledon (2000) and the ATP World Tour Finals (1999).

On April 6, 2006, three and a half years after his retirement, Sampras resurfaced and played his first exhibition match in River Oaks, Houston, Texas, against 23-year-old Robby Ginepri. Ginepri won the match in two sets. Sampras later announced that he would be playing in World Team Tennis events.

2007 saw Sampras announcing that he would play in a few events on the Outback Champions Series, a group of tournaments for former ATP players who have met certain criteria during their careers. Sampras won his first two events on tour, defeating Todd Martin in both finals (one of which included Sampras’s first trip to his ancestral homeland, Greece). Many observers noted that despite his lengthy layoff from competitive tournaments, Sampras still possessed many of the previous skills he had displayed while on the ATP tour, with tennis legend John McEnroe going as far as to say that Sampras would be worthy of a top five seeding at Wimbledon were he to enter the tournament.

On November 20, 2007, Sampras lost the first of three exhibition matches in Asia against Roger Federer in Seoul, Korea. Two days later in Kuala Lumpur, Sampras again lost to Federer in two tiebreaks. However, Sampras was able to win the last match of the series, winning in two sets on fast carpet.

On February 18, 2008, in an exhibition match during the SAP Open, Sampras defeated another active player, former world No. 2 Tommy Haas. Sampras dispatched the German in 43 minutes.

On March 10, 2008, Sampras played another exhibition match against world No. 1 Roger Federer at Madison Square Garden in New York City. Sampras once again lost the match in three tight sets.

Sampras was present at the 2009 Wimbledon final between Andy Roddick and Roger Federer to witness Federer eclipse his mark of 14 major titles and become the most successful man in Grand Slam history. Sampras’s record of 14 majors had lasted for seven years.

The following year along with Federer, Andre Agassi and Rafael Nadal, he played an exhibition doubles match at Indian Wells to raise money for the people of Haiti who had been affected by the earthquake.

In November 2010 Sampras reported that many of his trophies and other memorabilia had been stolen from a West Los Angeles public storage facility. The loss included only one of his 14 Grand Slam title trophies, from his first Australian Open victory, but also included two Davis Cups, an Olympic ring and six trophies for finishing top in the year-end rankings. Most of the stolen items have since been recovered and returned.

On November 17, 2011, Sampras played and lost an exhibition match against Milos Raonic. Sampras’s serve approached 200 km/h throughout the night, whereas Raonic regularly topped that mark and reached speeds up to 222 km/h.

Check out our Did you know? section, every Friday a new story! Tomorrow read about Piccinini is the Eagle of the Venice Carnival.