When people say the name Pele, it's usually prior to a conversation about the greatest soccer player to ever live. 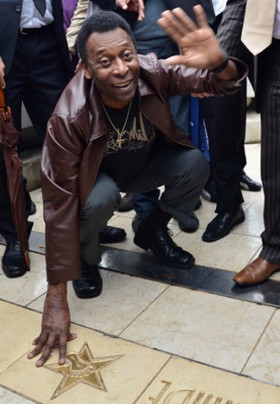 But even after the Brazilian player won three World Cup titles, he became even more popular after his career ended. He’s an ambassador for international football and has built an empire around various endorsements and speaking events.

He was awarded Brazil’s Gold Medal for outstanding services to the sport in 1995; Brazilian President Fernando Henrique Cardoso appointed him to the position of Extraordinary Minister for Sport, and he was appointed aUNESCO Goodwill Ambassador. During this time he proposed legislation to reduce corruption in Brazilian football, which became known as the “Pelé law.” Pelé left his position in 2001 after he was accused of involvement in a corruption scandal, although nothing was proven, and it was denied by UNICEF. In 1997, Pelé received an honorary Knight Commander of the Order of the British Empire from Queen Elizabeth II, at a ceremony in Buckingham Palace.

Pelé scouted for Premier League club Fulham in 2002. He was chosen to do the draw for the qualification groups for the 2006 FIFA World Cup finals

Pele was extremely successful on both sides, fantastic as a football player and still impressive in his engagement after football.