It's time for the second part of the article regarding Sport Bond in Italian Volleyball.

Before you continue reading this article, make sure you read PART 1. 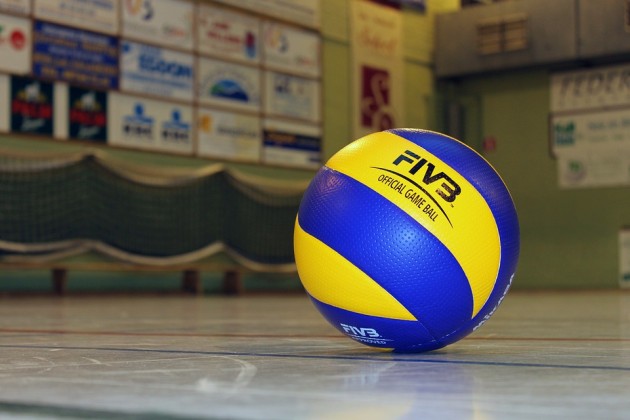 But what is meant by the dissolution of the sport bond for a just cause?

The definition is given by the ‘Regolamento di Affiliazione e Tesseramento” (Art. 35) appears ambiguous and insufficient to clarify it, because it only reads that the definitive interruption of the bond is fair after reconciling the interest of the athlete with that of the binding society, within the framework of the directives of F.I.P.A.V. for the development of volleyball.

In real terms, the balancing of interest called for by the above-mentioned provision essentially results in the payment of compensation by the athlete, or the company interested in purchasing the player, in favor of the binding sports club.

In case of a decision of dissolution of the bond for just cause not attributable to the company, therefore, the athlete is required to pay to the company an indemnity as quantified by the “Commissione Tesseramento Atleti”, according to the parameters established by the “Consiglio Federale” (Arts. 36 and 38 R.A.T.).

However, as we’ll see after in this article, the practice often differs from what is formalized in the regulation.

There are also cases in which, despite the willingness to change the player’s team, in the absence of an agreement between the binding company and the player or team interested in the “purchase” of the athlete, there is no just cause to which the same can refer and, at that point, he may not in any way obtain the dissolution of the bond.

The central point of the everlasting controversy in Italian volleyball on sport bond arises from this, because, reducing the issue to the minimum, we can develop a single principle: players cannot freely choose how to live their sports life unless they buy the property of their sport bond.

However, even in this last hypothesis, the athlete will have to sign with a sports club for playing, paying particular attention to formulate, in the appropriate private writing written with the club, a specific clause that obliges the club to issue the “nulla osta” (art. 34 R.A.T.) at the end of the reference sport season, so that the athlete can transfer his sport bond definitely to a third sports club to his liking.

If we consider that the ten-year bond comes into force from the season in which the athlete turns 14 years, then with the subscription of the membership form even at 13 years (with the signature of parents or legal guardians), It is easy to see how this institution can be shocking.

Furthermore, the above is often not clearly explained to parents.

In fact, the main disputes concerning the early dissolution of the sport bond referred to the assessment of the F.I.P.A.V. courts, concern cases of athletes aged between 15 and 18 years old.

This is a story common to many athletes, but it isn’t discussed with constancy.

Sometimes someone explodes: this is the recent case of Luca Vettori who, with his complaint, also highlighted the problem of determining the compensation for the redemption of the sport bond.

The article of the Regulation already mentioned (36 of the R.A.T.) provides for the possibility of an agreement on the quantification of indemnity between the club and the athlete, in the absence of which parts can ask for the determination of the Commissione Tesseramento.

By leaving the possibility to the parts to find an agreement, they can agree on the insertion of a clause about quantification of indemnity in the private writing that formalizes the relationship between player and club.

The consequence of this contractual freedom is the possibility for the binding association of quantifying indemnity without any observance of objective and fair criteria.

Vettori’s protest relies on thousands of previous discussions by stakeholders and lawyers.

The topic is now most discussed by the interested subjects, which have announced the next constitution of the first association of the players.

The sport bond in its current formulation, especially as regards the ten-year duration, conflicts with the general principles of Italian law and with fundamental human rights: As evidence of this, it should be noted that this institute has been gradually abolished in professional sports, in the application of art. 16 of Law 91/1981.

However, the topic remains controversial.

If it may seem incredible that a player cannot live his sport life as he wants, it is also necessary to consider that most of the resources of clubs that engage in volleyball youth, survive almost exclusively thanks to the proceeds of the transfer of sport bonds.

It seems obvious to us who write that the solution can only come from intervention of FIPAV – with the contribution of Italian institutions – which guarantees support and rewards for clubs working to develop volleyball, so as not to force sports clubs to abuse the power over the career of players granted to them.

The long-lasting federal silence on the topic of the sport bond (the “Regolamento Affiliazione e tesseramento” is still in 2005) has also stimulated the direct intervention of some athletes of national interest, which have drawn up genuine reform proposals for the discipline of the sport bond.

We believe that with the commitment of interlocutors who really represent stakeholders (players and club) and of expert lawyers, really passionate about volleyball, this particularly difficult moment may be an opportunity for the flowering of solutions finally solving the distortions of the sport bond, without irretrievably affecting the interests of the Italian sports club.

INTERVIEW: Silvana Chausheva for WoV – “It is equally hard for every athlete right now”