Santarelli for WoV: “I think we have a good chance to qualify to ECH”

Italian expert and now the head coach of Croatian women's National team, Daniele Santarelli talked to WorldofVolley about his new role in career and his plans. 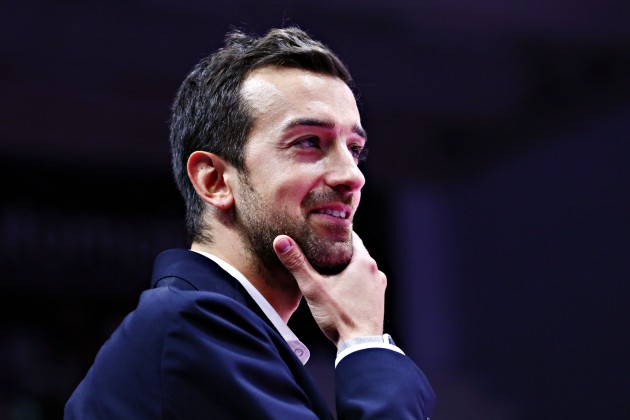 Since he recently became a new head coach of Croatia, we asked him now, when he met the team, how do the girls look like to him?

What new did you bring to the team?

“I’m trying to find a way to put my idea of volleyball and my style to this National team and to adapt my system to them“.

Your first challenge will be the Qualifications for the European Championship 2019 which will start on August. Your prognoses?

“I think we have a good chance to advance to the final phase but we need to be careful and try to play good volleyball.“

Who will be the main opponent?

“I think Austria could be the strongest but I will start to study seriously all the others teams next week and our enemy could be Croatia so we have solved our problem to win.“

Is it early to say that Croatia could return the old glory with you on the bench?

“I can’t say this now it’s really early, I would like to be back like the past but it’s a long process and we need time and work hard and I would like to see in the future also the next generation from youth team…“

How much time Croatia need to come to the level to be in the same rank as Italy, Serbia, Turkey, Netherlands, etc? Is it even possible?

“It’s a process so we can not think now about this top-level team, we need to make one step at the time and after every step try to understand in which level we are”.

What is your plan for this team after Qualifications?

“My plan is to qualify first and after in May, I want to take a look to more players and to give to all a possibility to be a part of this project” explained Santarelli who will debut on the Croatian bench at Qualifications for the European Championship 2019 this month.