"10 aces is quite a result, you won´t make it every match," said David Konecny about his spectacular performance on serve in our interview. 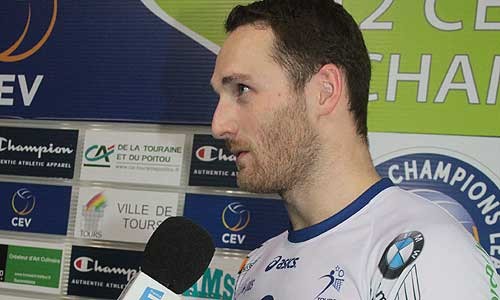 Czech opposite David Konecny, playing in Tours (FRA), had fantastic day on 09.04.2012. In the second quarterfinal match against Paris David scored 10 aces and 34 points totally!

Have you ever made 10 aces in a match?

10 aces is quite a result, you won´t make it every match. But on Saturday I had good day and finally I served in the court or rather to the receivers of Paris. It is possible that I made 10 aces in past, but to do it in French PRO A league is a small miracle.

Maybe I made it because of extra motivation from our general manager. He promised me for every ace in play-offs bottle of good french wine. Of course, we all like if I make 10 aces every game. Fortunately we are all, fans, teammates and me realists, so we will be satisfied with 9 aces in every upcoming game 🙂

INTERVIEW: Ivan Miljković – I do not...

Jovana Stevanović for WoV: We are in...