EXCLUSIVE: Tsvetan Sokolov – “I am still player of Trentino”

When you open transfer section on various volleyball websites, you just can’t miss Tsvetan Sokolov. There were many rumors connecting Bulgarian opposite with several major clubs. But, are any of them true? 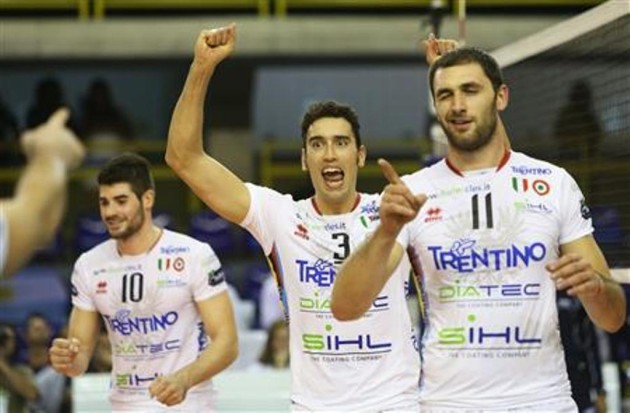 We decided to ask the only person who knows the correct answer – Sokolov himself.

“Yes, there are many rumors about that. As a matter of fact I still have contract with Trentino, and at this point I do not think about next year. After the season, together with the club I will decide what is going to happen” started Sokolov.

If you still can’t tell us the name of the club, could you tell us would you prefer to stay in Italy or go somewhere else?

“As I have said this will be discussed after the season. I believe that we will find the best decision.”

How would you describe this season of Trentino?

“I think that we started very well, but with the time we had a lot of problems with injuries, and they came for the most important games. That was not in our favor. But the season is still in progress, so I believe that we will finish it the best way on Club’s World Championship!”

Which was your best and the worst moment from this season?

“The worst moment this season was my injury, when I was watching the game instead of playing. The best moment was when we won Italian Supercup against Macerata. There were a lot of other nice moments and I hope that we will have one more after 20 days…”

What are your plans for the free time, before joining the national team?

“I do not have free time. After the Club’s World Championship I will immediately join the national team” concluded Sokolov.