INTERVIEW: Sammelvuo for WoV – “Decision to postpone Olympics is more than logical“

The Russia Men’s Volleyball National Team had a great season, winning the FIVB Volleyball Nations League and storming through the International Olympic Qualifications. That’s the merit, not only his but his to an enormous extent, of Tuomas Sammelvuo. 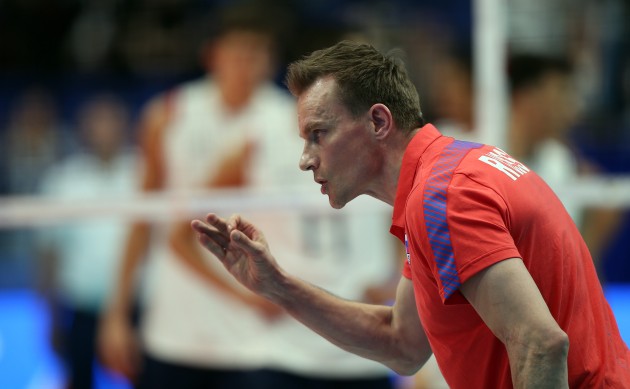 By engaging Finnish expert Sammelvuo for a head coach a year ago, “Zbornaya“ became even more dangerous title contender on the international arena than it was before that. Although the participation of the Russian athletes in the Olympics this year was banned by the World Anti-Doping Agency (WADA), it’s not known if it will be lifted for 2021 when the event will take place after the postponement due to coronavirus pandemic. We left both options on the table and decided to contact Sammelvuo for the interview.

Due to the postponement of the Olympic Games, structuring the international calendar for the next year will be difficult with so many high-level tournaments taking place. Read what Sammelvuo thinks of all that…

How do you live these days and are you in quarantine or in self-isolation?

“Actually I’m in Saint Petersburg. We try to do everything according to the plan in this difficult time, the same is with the national team. I really feel comfortable in Russia. Now, there are some strict rules because of the coronavirus, people stay more at home. I’m going out just to do basic things like to go to the store to buy food. I practice by myself, staying home… Of course, I’m following the news, I’m in contact with my friends and some coaches. Our assistant coach Claudio Rifelli is in Italy, keeping us informed and I know they are now in a very difficult situation. In the end, we are all hoping this situation in the world will get better and people will stay as healthy as possible. This is the main thing, that’s the priority, sports will go on. I’m also trying to analyze everything that we did this year in the national team and in Zenit and also to compare it to other teams. And now is a good time to improve myself, try to get better as a coach, analyze and try to add something new and useful to the process.“

What’s your opinion about the decision of the IOC to postpone the Tokyo Games to 2021 – do you approve it or you think they should have waited for the coronavirus situation to resolve?

How much will the postponement of the Olympic Games change the volleyball calendar and do you have some suggestions on how to organize the next season so that the players would have enough time to prepare for this event?

“Of course, it changes the plans for every team. All the teams were more or less focused on this year. Most of the candidates for rosters were singled out. With these changes, there will be more candidates, more time to plan something new. First of all, we don’t know when will we start to play. I hope this situation with coronavirus will resolve, so that next season will have a normal club season. There’s maybe some room to play the Volleyball Nations League this year at a little bit later date, but we don’t know how will the situation with the virus resolve. I would prefer to play in front of full stands, not in front of the empty stands. That’s not good for anyone. Next year will be European Championship so maybe the good plan is to put some format of the Volleyball Nations League before the Olympics and then to play the European Championship. It will be tough summer, we know in Russia how difficult it can be, we played four tournaments in a row this year. After such a long break, I really hope there will be enough time to have a good club season.“

You are in the procedure to receive Russian citizenship. How far did it go?

“I don’t know exactly how far did it go.“

The Russian federation followed the example of most federations in the world and canceled all volleyball activities. Do you think that the European Volleyball Confederation (CEV) should do the same?

“If we are to play European Cups in September or October, what’s the point? The most logical decision would be to play the new season. For instance, if it resumes in August, we’d have to prepare for at least one month. It’s impossible to play at a high level. We can’t play right away after such a long break, it would be also dangerous because of injuries.“

Are you satisfied with the results of Zenit this season before it was canceled?

“We got second place in the Cup, it was a good result for us. In the CEV Cup, we were fighting for our way to the finals. We lost to Novosibirsk in the first semifinal match without spectators but we were to play the rematch. Fifth place in the regular season? If we were to qualify for the Final Six, who knows what would have happened. We could have done some things better. We lost some games that we shouldn’t have lost. We had difficult moments but we were better at the end of the season. The Russian league is very competitive. The level of play is getting higher. Novosibirsk played stable and finished first. Zenit Kazan are still amazing, not so dominant like before, but who knows what would they have done in the Final Six. Winning away in the league is very hard, so the league is very tough and I like it. For me as a head coach of Russia, it’s great.“

INTERVIEW: Adams for WoV – “Every day I think about people on front line fighting for us”