As an intro to the start of the domestic season in Croatia, semifinal matches of the Croatian Cup for men and Snježana Ušić Cup for women will be played in Kaštela and Osijek. 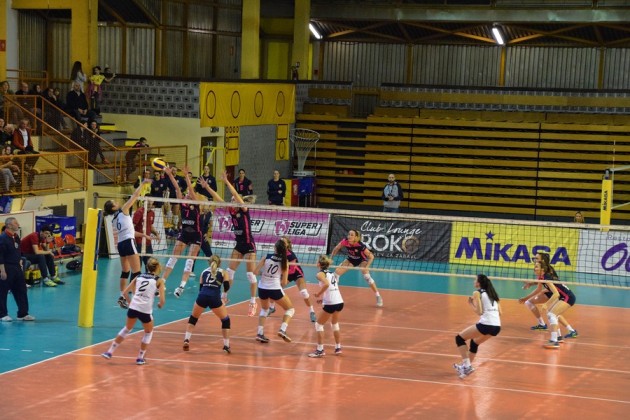 OK Marina Kaštela and HAOK Mladost Zagreb will meet each other in the first semifinal match, on September 5th at 4 PM, while OK Kaštela and HAOK Rijeka CO will play the next day at 6:30 PM. Both matches will be played in Kaštela.

“For our part, we did everything to present ourselves in the best possible light. Elena Vukić from Kaštela and Jelena Alajbeg, former Croatian international player, returned to our team. We tried to make a strong and experienced team, with a mixture of younger players, that can help us reach the final, and maybe win the Cup. In my opinion, the match between us and Mladost is the “final before the final”, so we are looking forward to our first match after a long break.” – said the head coach of OK Marina Kaštela, Milorad Krunić, while the Mladost’s head coach, Leonard Barić pointed out: “Marina Kaštela has already decided to win everything this year, so our goal is to stop them and play well against them.”

“Like all the other clubs, we had a long break without competitive matches, training and preparing with constant pressure due to the impact of epidemiological measures. Despite all that, we are ready and motivated to welcome Sunday’s semifinal match against Rijeka. Some important players left Rijeka’s team, but they always manage to maintain a high level of quality, due to their work with younger players. Therefore, we will have to play with maximum commitment and tactical responsibility, in order to reach the place in the finals.” – said Zoran Grgantov, the head coach of OK Kaštela.

In the men’s category, OK Ribola Kaštela and HAOK Mladost Zagreb will play on September 5th at 6 PM in Kaštela, while on the same date MOK Mursa-Osijek and OK Split will play in Osijek at 6.30 PM.

“A difficult match awaits us in these strange circumstances because of the coronavirus pandemic. It was harder to prepare for the season, as we couldn’t play friendly matches, but our team is very motivated. We studied the opponent as much as we could, so with the arrival of a great player such as Konstantin Ćupković, Mladost Zagreb is still the favorite of the competition. We will try to give our best and surprise them.” – Ribola Kaštela’s head coach Ivan Rančić announced the semifinals, while the Mladost’s head coach Rade Malević shortly stated: “Our goal is to play in the finals!”

Mario Teppert, head coach of MOK Mursa-Osijek, expects an interesting semifinal: “Due to the coronavirus situation, our preparations weren’t ideal but we managed to train at the highest possible level. We are starting a new season with some new key signings, so we can hope for a positive result on Saturday. We respect every opponent and are aware of Split’s quality, so any outcome is possible for both teams.”

Split’s head coach, Fabijan Ćosić pointed out: “Our preparations started in the beginning of August under my leadership and captain’s Igor Omrčen. We got a new player as a technician, Marko Ličina from Rijeka, who will debut in this match. Players went through the hard training process, both in terms of fitness and tactics, so we are ready for this semifinal.”

Finland withdraw from U17 women’s EuroVolley, will be replaced with Poland