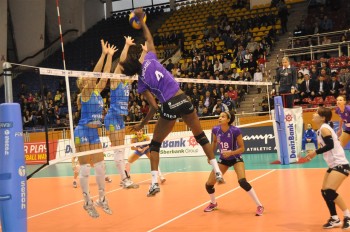 Polish squad arrived in Zurich without first coach, because Waldemar Kawka resigned, and Nicola Negro, his successor, will join club on Saturday. And, that reflected on a game of Dabrowa Gornicza.

First set was easily lost for away team, result tells you everything about the situation on the court. But, Polish side answered immediately and won the second one, which gave them hope that they can perhaps do something big in Zurich.

But, that hope floated away very quickly. Volero dominated in third set and continued with the same manner in the fourth, so three points stayed in Switzerland.

WL: Bulgarians without captain against Serbia?

INTERVIEW: Marko Ivovic for WoV – “The...