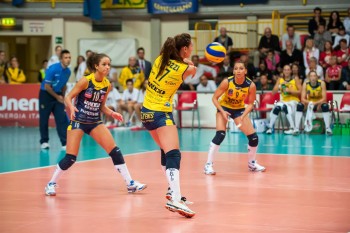 You can say that Conegliano deserved this win, because Italians were the best when it was most needed. They didn’t surrender after losing the third set. Quite the opposite. Home side reacted perfectly equalizing after a fantastic performance in fourth set, and then had a powerful finishing in tie breaker in which kept lead for the whole time. Azeryol could just congratulate their opponent.

INTERVIEW: Vlado Nikolov for WoV – “Our...