This Tuesday was reserved for Czech Cup finals in both women and men competition. Trophies went to the Prostejov and Liberec. 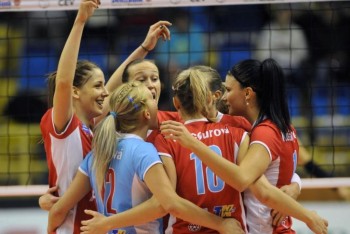 Ladies first. Prostejov continued to dominate in Czech volleyball. Team which has won last five Championships and five Cups added one more trophy. In the finals of this year’s Cup, Prostejov defeated Olymp Prague 3-1 (25-17, 21-25, 27-25, 27-25). It is worth mentioning that reigning champions of Czech Republic are having the perfect season so far in domestic competitions. They are on 21-0 in the league.

The men’s finals was over after three sets, but three intense ones. At the end, Liberec prevailed over Pribram 3-0 (30-28, 28-26, 25-) and defended the trophy won last year. This is ninth Cup trophy for Liberec. The only bad thing about the finals is the number of spectators. The stands were almost empty.

BUL M: Yordanov and Zhekov out of...