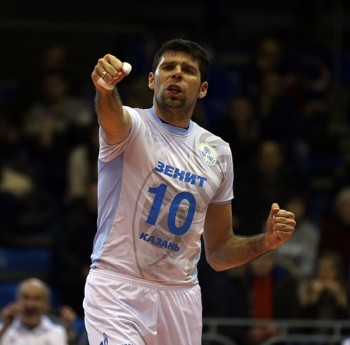 The newspapers are full of stories and interviews about this players. And all of them state that love and passion for playing volleyball is what moves them to continue with hard trainings every day and play hard games. Fulfilling all this require also to have a solid physical shape in that age and that’s not so easy. More the time passes, more volleyball player has to work to stay in a good shape and also to prevent injuries. It takes a lot of time. And energy also.

Is it just love?

Beside the infinite love for volleyball (without it they would never achieve top results), there must be something more. Because, if many of them state that they are professionals, means also they consider volleyball as their work and they want to get paid for that. And that’s just fine! It’s not about that. It’s also about the hidden motives you’ll never find out.

Let’s find out what possibly more, beside volleyball, push older male players to continue with their careers over age of 35:

1. They are still well-paid. 2. They want to stay away from home and family (strange, but true!) 3. They like to be with club’s or NT’s companions 4. They don’t know what to do after. 5. They are famous.

1. They are really well-paid for what they do and for doing anything else, they can not get that much money like from volleyball.

Many players have a small children that disturb their normal daily routine; they wake up in the middle of the night, want to play in the afternoon when they are supposed to have a rest, etc. shouldn’t be like that, but many of them subconsciously prefer to stay away from that and pass all this to their wives.

3. They like the company of the other players from the club (national team). Going out, sitting, talking and taking coffees together, having a smoke together behind the hotel or a gym… It’s difficult to change some habits when you spend so much time with the same persons who share almost the same ideas and passion. Almost, because not all volleyball players are the same.

4. They don’t know what to do after their career.

Team managers, sport’s directors, volleyball managers or something in your national federation. And a few positions more that regard volleyball. That’s all.

Because it’s normal. They have spent last 20 years organized by somebody else. They just needed to be there; in a hotel, at the train station, at a meeting point for autobus departure, in a gym for the game or practice. And to exercise hard.

Also during that period of time they met a lot of volleyball people. They have personal connections and people recognize them. The only way is to keep that status as long as possible. Because, one time you leave volleyball, nobody will give you another chance. Young players are coming constantly and you leave the scene. 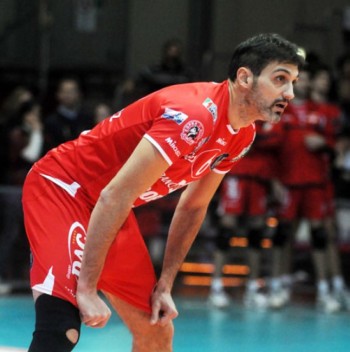 Everybody recognize you on the street. People see you on TV when you play. You get the best table in the discotheque. When you go to the restaurant, there is always a place for you. Maybe you have made some other appearance on TV beside your volleyball game. You get used to that. And that makes an important part of your life. Why not make it like that as long as possible?

Only a few male volleyball players around the age of 40 really love volleyball. And play it on a high level. And they win.

Some habits are very hard to change. Specially after 20 years. Almost impossible.

So next time when you read an article about a passionate male volleyball player playing for the club or national team in over-35 age, ask yourself does he really like to play so much or should there be any other reason?