After seven years in different Italian teams, Finnish setter decided to change the climate. He will need some warm clothes in his new club... 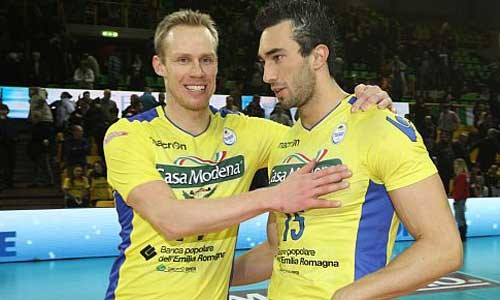 Now, Mikko Esko is going to Russia. He will be the part of Gubernia Nizhny Novgorod and he will meet his colleague, Mikko Oivanen.

Esko has been playing in Italy since 2005. First club of Mikko was Volley Padova for 3 seasons. Than he moved to Acqua Paradiso Gabeca Montichiari, and for the last 3 years he was the setter of Modena.

He also took 4th place in the European Championship 2007 in Moscow.

ITA A1: Serie A1: Trento the first finalist!