French championship came to the final. Hall Coubertin in Paris will host final second year in a row, Tours and Poitiers are new/old finalists. 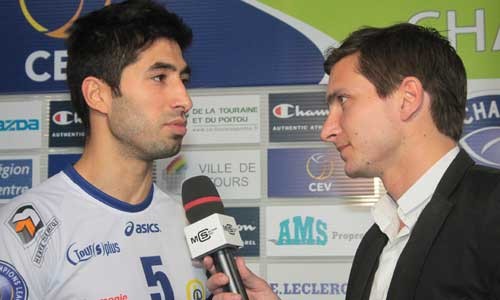 Tours eliminated Nantes in two matches and got chance to seek revenge for last year defeat. Konecny brothers were key figures in both matches, especially Petr was impressive in second match.

Czech NT middle blocker finished match with 21 points including 10 killing blocks while David added 40 points in two matches.  Winning championship is imperative for Tours after failure in French Cup and obviously their form is in uptrend.

Final will be played on neutral venue in Paris on 21st April.