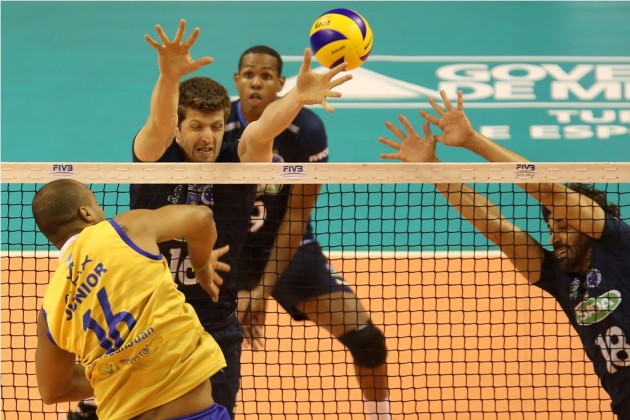 Argentine team was two sets ahead, but Brazilians refused to surrender and equalized on 2-2! After more than two hours of volleyball it was time for a tie-break.

UPCN was once again on the right track to win the match. Yellow and blues were up by 12-10… Sada Cruzeiro tied at 12-12! After that we saw three perfect attacks and then a block! Martin Ramos and Bogdan Olteanu formed a real wall, ball bounced back in Sada Cruzeiro’s court… Argentine team celebrated it like it was a goal!

The best scorer in the Argentine team was Theo Lopes with 22 points, while Bogdan Olteanu added 18. We have the same numbers on the other side  – Wallace Souza scored 22 points, Yoandy Leal added 18.

This girl can jump more than most...