The preliminary round of the 25th anniversary season of the FIVB World League does not draw to a close until the first weekend in July, yet volleyball giants Brazil and Russia face their first own virtual finals in week five of the competition. 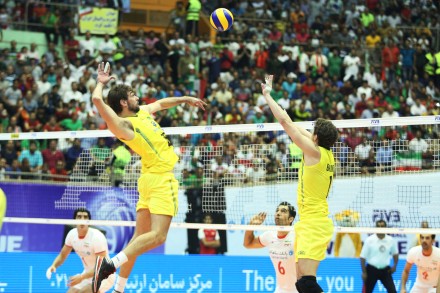 Brazil have won just three of their previous eight matches in the preliminary round, and are staring down the barrel of the country’s worst result in its 25 starts at the annual showdown between the top teams on the planet – a failure that could also mean losing the world number one spot. “We are working hard to eradicate our mistakes and are looking to improve in Poland. However, it will be a very tough battle,” said Brazilian coach Bernardo Rezende.

The same obviously applies for Russia who, having opened their campaign with four defeats, returned to something like their old form with two 3-0 wins over Bulgaria last weekend. “We are waiting for Serbia,” said Russian captain Sergey Makarov. Two wins would see his team leapfrog their rivals and move into the all-important second place. However, Serbian captain Dragan Stankovic remains optimistic: “I hope we can still go to the Final Six.”