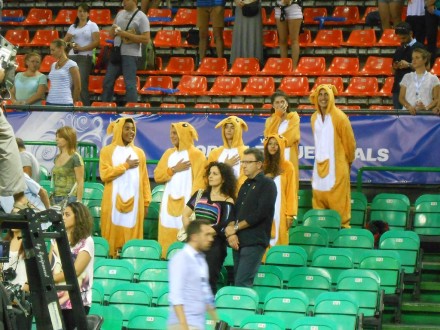 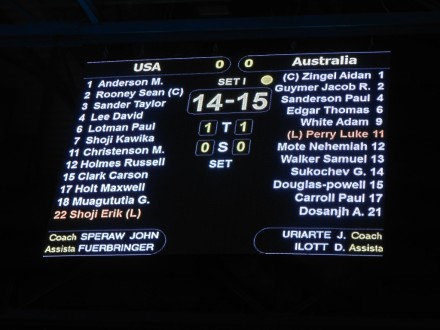 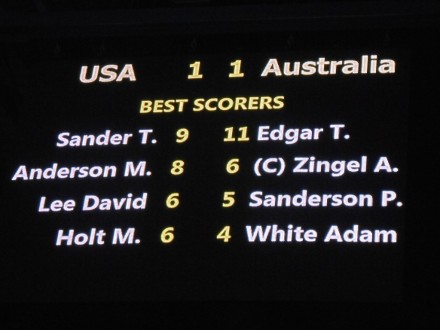 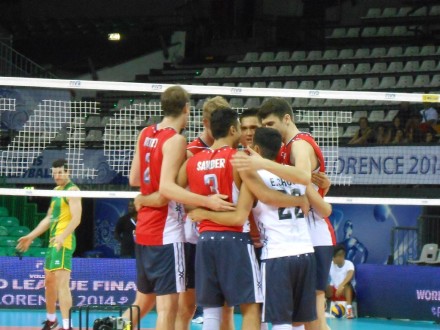 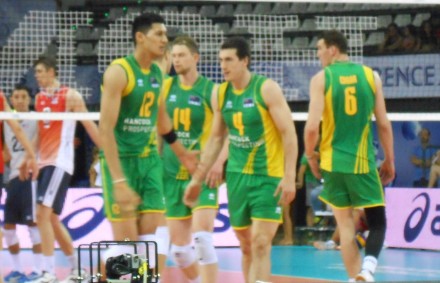 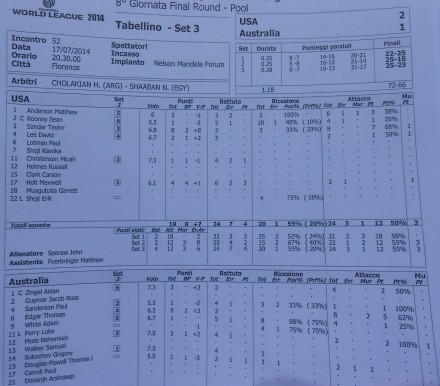 Australia had an opening lead on the first TTO (5-8), but USA found the rhytm after the short break. Americans firstly tied the score at 8-8. and than collected a significant 3+ lead (12-9). After Rooney’s block it was 16-12, and squad of John Speraw continued to dominate after the second TTO. Soon it was 23-14, with Anderson on fire… Australia made four in a row for 23-18, but it was all from Volleyroos… Rooney provided a set point, Holt made an ace for 25-18 and 1-1 in sets.

It was Australia which first came to +2 (4-6) and Speraw called a time-out. Americans made a speedy tie at 6-6, then 7-7 and then collected the first lead – 8-7 on the first TTO. It was a beginning of a series of points for USA actually, as Holt scored three aces and Lee blocked Edgar for 12-7!

Australia came a bit closer until the second TTO (16-13), but Holt was like Spiderman. He caught almost all balls in block and it was 20-16 for USA. However it was not over yet. Volleyroos made a terrific comeback and was only a point short at 23-22… Asutralia even had a counter… But, Americans somehow saved the ball and then Holt showed that he has excellent setting skills, too. He placed a perfect ball for Rooney who scored for 24-22. Anderson made mistake (24-23) afterward, but he corrected it with a strong spike from the second line – 25-23 and 2-1 in sets.

However, Edgar made a mistake for 16-12 and then Americans increased the lead to 18-13. It was quite clear who was going to win the set and the match. Holt scored his seventh ace for 21-16, and he also made the last point for 25-19. He deserved it after a really amazing performance.

Vissotto – “I’ve been there, I’m going again – I love Japan”