The inaugural European Games will be held from June 12-28, 2015. Volleyball and Beach Volleyball are two of the 18 sports confirmed for the 2015 competition programme and are set to be among the major highlights of the event taking place in Azerbaijan’s capital city, Baku. 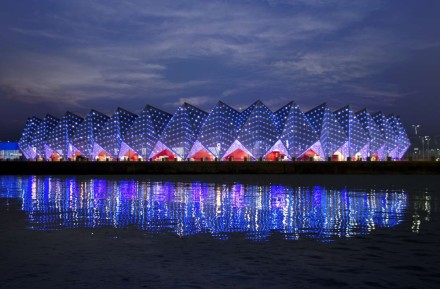 Following a decision of the CEV Board of Administration, and subsequent approval from the European Olympic Committees, the Qualification System for the Volleyball and Beach Volleyball competitions is now confirmed.

For Volleyball, 1 team allocation per gender is reserved for the team of the organising National Federation, i.e. Azerbaijan, leaving a total of 11 spots per gender available for other European teams. The qualification of these will be based on the following criteria:

– The 9 highest placed teams, not already qualified, from the CEV European Ranking as per January 1, 2015

The Azerbaijani National Olympic Committee as host NOC has to confirm to the CEV the number of teams that will compete in the 2015 European Games by December 31, 2014.Based on this information, the Baku European Games Organizing Committee (BEGOC) on behalf of the CEV will inform NOCs/NFs in writing on January 1, 2015 of the team quota places they have obtained.

The eligible NOCs must inform BEGOC and the CEV in writing by January 15, 2015 whether or not they intend to participate in the European Games. By January 30, 2015 the CEV will then re-allocate any quota places still available.

“The CEV is already working closely with the organiser to ensure the best possible conditions for both of our sports,” CEV President André Meyer said, “and we look forward to working with our National Federations, the European Olympic Committees and BEGOC to make the European Games another of our competition highlights within Europe.”